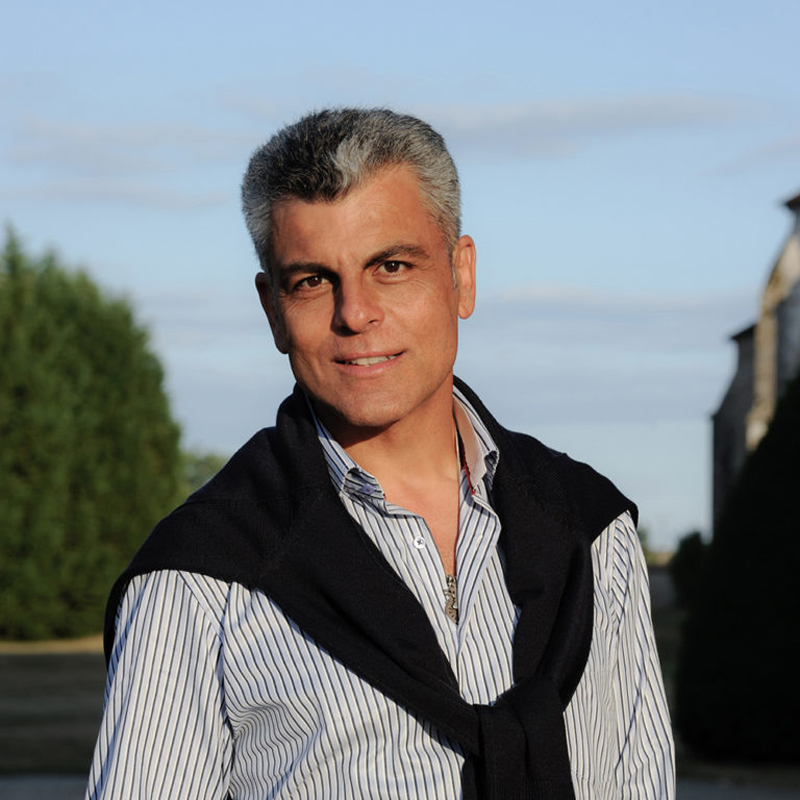 Born January 13, 1960 in Algeria, of a Sardinian mother and a Sicilian father. He took his first photograph at the age of eighteen, a wave in Belle-Ile en mer. Passionate about Fernand Pouillon’s book, Les Pierres Sauvages, he began training as an architect in Toulouse, which he completed at Paris-UP6 in 1985 with a diploma in theaters and scenography in the Baroque period. At the University of Artois, in Arras, he was professor of Hispanic civilization from 2005 to 2011 and, since 2009, has led an annual series of conferences (The Italian Renaissance, the Baroque, the Mediterranean, religious orders, high -places of the sacred, Stendhal and Italian cities); he has been teaching at the Catholic University of Angers since 2015. read more

He leads photography workshops in France (at SciencesPo Paris since 2014) and abroad (among others in Guatemala in 2004, in Indonesia in 2009, in Bucharest in 2010, in Istanbul in 2017 and in Serbia since 2010). In 2009-2010, he was in Residence at the Château d’Ecouen, Renaissance Museum, for a “writing of light”, in conjunction with high school students from Garges-lès-Gonesse and Sarcelles (Le Château d’Ecouen, L ‘Eye of the Photographer, NMR). In 2012, the Réunion des Musées Nationaux gave him “carte blanche” for the Cima da Conegliano (Luxembourg Museum) and Hopper (Grand Palais) exhibitions. Traveling photographer, he has been engaged for thirty-five years with Dominique Fernandez in an exploration of the Baroque and the different layers of civilizations, from Syria to Bolivia via Sicily and Saint Petersburg. His photographs dialogue with the texts of the writer, who defines him in the album Itinerrances (Actes Sud, 2013) as “the inventor of a language which links the sun to the ruins, in search of the meaning hidden in the forms, which tells of the silent stop in front of the stone like the enchanted drifts of wandering ”.

He is the author of Lire la photographie (éditions Bréal, 2002), L’prit des ruins (Éditions du Chêne, 2005) and Athos, la Sainte Montagne (Desclées de Brouwer, 2015); and co-author of Living stones, Libya, Ancestors linked to stars, Invisible masters, Imaginaries of ruins, Catalan Baroque, Les empreintes du sacré, Itinerrances. His images have illustrated texts by Giovanni Careri, Andrei Makine, Olivier Germain-Thomas, Patrick Straumann, Jean-Yves Leloup, Sashi Taroor or chosen by Michael Lonsdale. He has teamed up with photographer Mathieu Ferrier for L’Orient interior, the Antaki Palace in Aleppo (Philippe Rey, 2008) and Le Palais Sursock in Beirut (Philippe Rey, 2010). He has produced portraits of writers for the Opale agency, and collaborates with the magazines Sacred Arts, Connaissance des Arts and Artpassions. In 2013, the Maison Européenne de la Photographie devoted its first retrospective, Itinerrances, to the Submarine Base of Bordeaux in 2015. He has exhibited on the gates of the Hôtel de Ville de Paris, the Museums of the City of Paris in 2017 and Visage (s), a plea for equal opportunities in the fall of 2020. He was elected in 2018 as a corresponding member of the Académie des Beaux-Arts de Bordeaux.