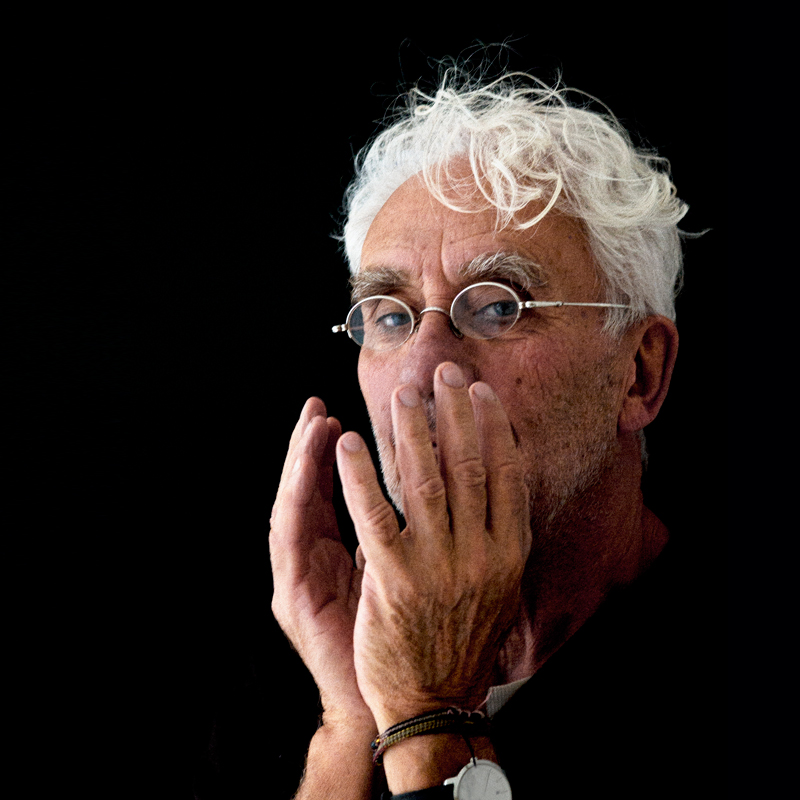 Pierre Casenove was born in 1943 in Céret, a small town at the foot of the Pyrenees (those which flow into the Mediterranean ..) He says that he was not born “in” Céret but “de” Céret… his tales and legends of his childhood: the fabulous stories heard about all the immense artists who lived there… and who will undoubtedly have marked him for life. Very early, too early, he says, it falls from the limpid Catalan sky on the black and damp earth of Picardy… hard landing! This land on which he takes a foothold but Which will be his material all his life, his philosophical material, whose daily work has enabled him to become this eternal apprentice in whom he likes to know himself and recognize this.

He built his first oven at the age of 20. During a Tour de France workshops, meetings at La Borne will be essential. All of its ovens, 8 in total, will be built according to plans by Jaqueline and Jean Lerat in La Borne. Except the last one, an Anagama lying oven of the Japanese type. All of them work with wood and cook at high temperatures. In the meantime life was sometimes rough. To remain free in his choices and in his work, he agreed in the early 1980s to create for the ceramics industry, which then really needed it … Gien, Sarreguemines, Luneville, Limoges called on him. In the early 90s he helped the founders of the Jars brand to become what it is today. He continues to collaborate and the relationship between his work and the designs for Jars grows closer every day. He seems very proud to have fought so hard for certain aesthetic utopias .. those of his generation and of his masters .. basically those of the Bauhaus, so ignored, then so mocked and now so prophetic! He says that thanks to his work life has taken its true form for him, he has better understood what philosophy says when it says “become what you are …” In his own way he says of his work with fire and earth what Nicolas Bouvier said about the trip …

Collaboration with several major brands in the ceramic industry, (Jars, among others, since 1994),