Galleries that spotlight 20th century furniture and point the way towards the design of tomorrow.
A SPECIALIST in furniture of the 1930’s, 40’s and 50’s, Patrick Fourtin has a branch at the Saint Ouen antiques market in addition to his gallery tucked away in a quiet enclave just east of Palais Royal. He also deals in contemporary pieces like Antoine VIGNAULT’s celestial decorative objects and Majd Bazerji’s gravity defying chairs.

Gallerists passionate about 20th century furniture are banking on the design of tomorrow.
Design specialist of 1930, 1940 and 1950, Patrick Fourtin still has an antenna at the Paul Bert fleamarket but his light gallery, set in a protected enclave behind the Royal Palace, finds a beauty with the renovation of the Buren columns and the charming Valois Square. In addition to its antiquary activity, it hosts contemporary pieces, such as Antoine VIGNAULT’s celestial-inspired objects or Majd Bazerji’s sublime suspended chairs and modular consoles. 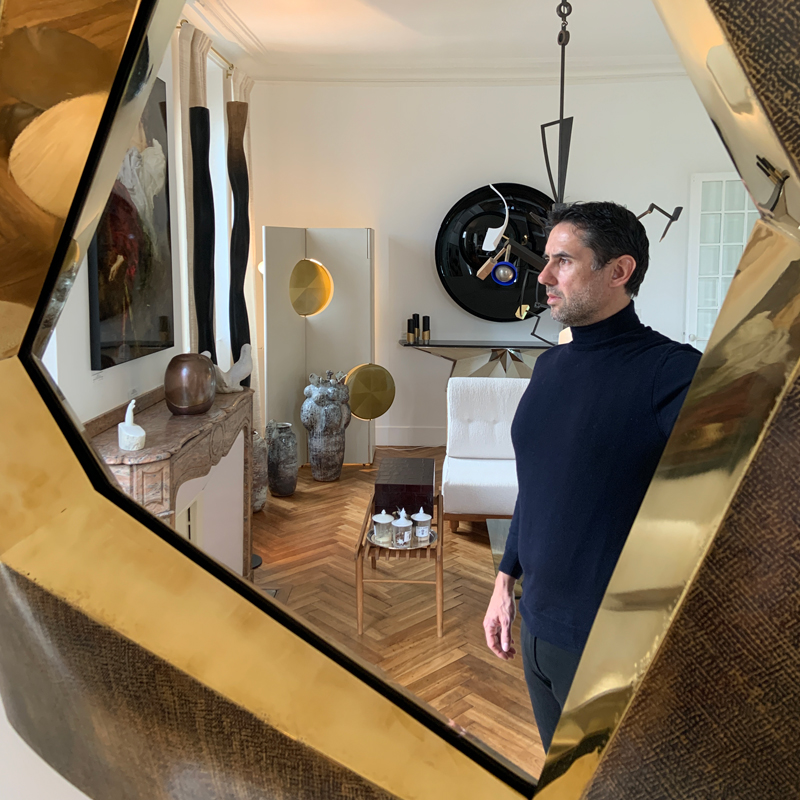 This site uses cookies to improve your experience. We will assume this is fine with you, but you can opt out if you wih. Read moreAccepterRefuserPolitique de confidentialité
You can revoke your consent any time using the Revoke consent button. Vous pouvez annuler votre consentement à n'importe quel moment en utilisant le bouton "Annuler mon consentement"Annuler mon consentement